Danielle is the granddaughter of Apollo 14 astronaut Stuart Roosa. While studying Communications at UMASS Amherst she interned at NASA HQ, MTV, and Premier PR in London. During Danielle’s internship at NASA, she noticed a fundamental lack of interest in the Apollo program and STEM among her peers and a seed was planted. After graduating Summa Cum Lade in 2014, she moved to Los Angeles to pursue acting and producing. In the last three years, she has written and produced several short films that have won awards at film festivals nationwide. Danielle created the Back To Space idea to bridge her passions for space and the entertainment industry. Back to Space, which aims to inspire and educate the next generation of space explorers, has grown into a significant entity, now working with NASA, Buzz Aldrin’s Share Space, several Apollo astronauts and the Astronaut Scholarship Fund. 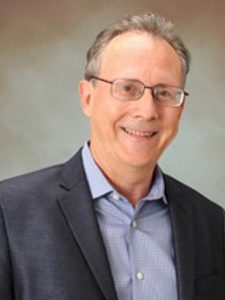 Dr. Thompson started his professional career after earning a Ph.D. in Condensed Matter Physics at the University of Texas. Having studied crystalline states of matter and ultra-thin atomic films, he secured a position at Motorola’s premier pilot line -- Advanced Products Research and Development Lab. Over the next 23 years he worked to develop advanced manufacturing processes and equipment and became a leader in digital data processing to extend chip manufacturing which is the source of the renowned “Moore’s Law.” During his career at Motorola, and its semiconductor spinoff, Freescale, he and his colleagues were awarded eight patents, as well as numerous technical publications in the field.

After leaving the manufacturing sector, Matthew was attracted to entrepreneurial endeavors, and joined newly-created Principal Solar, Inc., where he led the Principal Solar Institute. Working with a team of industry leaders, he developed a novel PV Module Rating system based on Lifetime Energy Production. Dr. Thompson ultimately was promoted to interim COO when he worked with the Board and CEO to execute a buyout of a 92MW solar facility in North Carolina.

For the past five years, Dr. Thompson has worked with the Central Texas Angel Network and other similar organizations to analyze, fund and mentor early stage entrepreneurial organizations. As an angel investor, he has continued to develop business skills crucial to startup and growth stage companies. 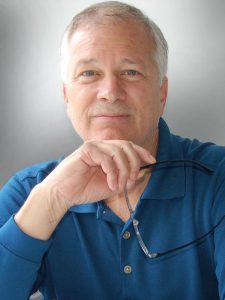 Michael is a highly accomplished Chief Executive, Board Member, and 13-time Serial Entrepreneur several decades of experience building companies in the telecom, music, energy, healthcare, book publishing, and water remediation industries. Throughout his executive career, Michael has founded and led industry-changing companies, including Internet Global, Teladoc, Palo Duro Records, Principal Solar and Water Environmental Technology. As CEO, Chairman, and Founder of Teladoc, he led the healthcare services company that would go on to be named by MIT as one of the Top 50 Smartest Companies in the World in 2015. Teladoc is now the world's leading telemedicine company with an NYSE market cap in excess of $18 billion. Following Teladoc, Gorton was the founding CEO of Principal Solar, a company he led to become one of the thought leaders in the solar industry worldwide, that delivered nearly 400 megawatts of sustainable electricity, enough to run approximately 70,000 American homes. With Internet Global, he led the company from concept to the #1 ranked Internet provider in North Texas and the construction of the world's first DSL network and one of the first national VOIP networks. Michael's startups have created more than $3.4 billion in wealth. Michael holds a JD in Law from Texas A&M University School of Law, a BS in Engineering from Texas Tech University, and an MS in Physics from The University of Texas at Dallas. He has established his status as a Thought Leader and best-selling author through numerous awards, more than 20 white papers, 100+ articles and five novels. His historic fiction novel Forefathers and Founding Fathers became an Amazon #1 best seller and Broken Handoff was the #1 ranked M&A book of 2019. Michael has run eighteen marathons, is working on his 3rd degree black belt in karate and has completed a 4,800-mile bicycle adventure across the US.  He and his family have a goal of climbing the highest point of elevation in all 50 states. They have completed 42. 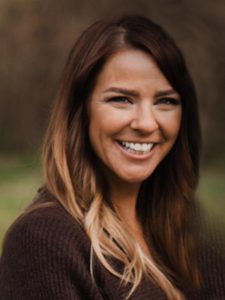 There is a kinship when people grow up with the moon being their guiding post and know the feeling of love with the sky. Heather grew up in Jacksboro, Texas but has called Dallas/Fort Worth her home for the past couple of decades. She joined Back To Space in her transition back to her hometown where the Lunar Landscape is being built. Over her career, she has worked with some of the most innovative and impactful companies from startups in Dallas, Austin, Seattle, Bay Area, to radio and film, to gaming and VR, to huge fortune 500 tech companies impacting engagement for brands and the business internally and externally. Known for being a leader who is tactical and strategic, creative, tech-savvy, and data-driven. She has a huge passion for STEM, education, leadership. 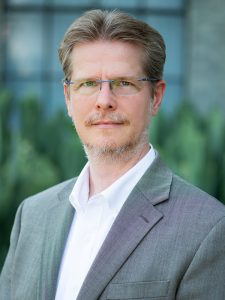 Eric is a lifelong serial entrepreneur, having founded or co-founded 19 companies since 1981. A successful CEO, angel investor, and sought-after public speaker, he has extensive experience in technology and technology business, ranging from embedded systems to telecom networks to cloud computing and cyber security. Early ventures included business software for some of the first personal computers, a worldwide network for reliable digital message delivery, wireless test equipment, and RAID storage subsystems for high performance workstations and servers. Eric has spent most of the last 25 years in telecom, at companies that include Intelemedia, Callbutton, and FaxLogic, all pioneers and leaders in their respective fields. Since 2015, he has been focused on the emerging Internet of Things (IoT) market, investing in and mentoring a number of startups in this space, as well as founding IoT software provider ObjectSpectrum in 2016. Eric grew up during the computer revolution, teaching himself to code and building computers from scratch in his garage as a kid. He has an insatiable appetite for learning, with aviation and space exploration having always been favorite topics. Eric learned to fly in a Piper Cherokee in 1985, and he and Val, his wife of over 20 years and a successful entrepreneur in her own right, are both world travelers, avid hikers, and certified SCUBA divers, passions also shared by their teenage daughter Julianna. 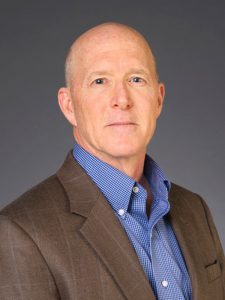 Jack Roosa grew up in Houston, Texas and watched his father travel to the moon onboard the Apollo 14 lunar mission. Deciding to follow his father’s footsteps into the United States Air Force, Jack was selected to attend the United States Air Force Academy and upon graduation, pinned on the rank of 2nd Lieutenant in May of 1984. Embarking on a 20-year career as a fighter pilot, Jack was stationed at locations all over the world and amassed over 3700 flight hours in high-performance aircraft. He is a decorated combat veteran – logging 80 combat missions, a graduate from the US Air Forces Fighter Weapons School (Top Gun), and his last assignment the US Air Force was as a Squadron Commander – leading a group of over 100 individuals and 18 F-16 aircraft. During his career, Jack was awarded a number of military awards, to include the Meritorious Service Medal, Air Medal, Aerial Achievement Medal, Presidential Unit Citation Award with Valor, and the Combat Service Medal. Upon retirement from the military, Jack joined the corporate world and currently works in management for a major Defense Company. In this capacity, he leads all aspects of a program that generates over $140M in annual Sales and is responsible for all P&L activities. His current team is approximately 140 people and conducts both production work and developmental activities. Jack is an avid pilot and self-professed “adrenaline junkie”. He has parachuted out of airplanes, flown experimental aircraft, is SCUBA certified and loves to travel. He has been married to his wife, Nannon, for over 30 years, and he has two grown daughters. 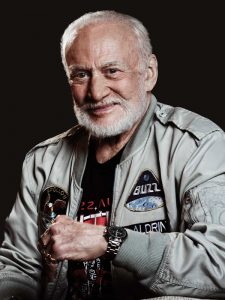 Buzz was a member of the first manned landing on the Moon in July 1969. The Buzz Aldrin “visor shot,” a photo taken by Neil Armstrong, is one of the most replicated and viewed pictures of all time. A graduate of the U.S. Military Academy at West Point, Buzz graduated in 1951. He then became an Air Force pilot and flew 66 combat missions in the Korean War. After defending his doctoral dissertation in orbital mechanics at MIT, Aldrin was selected by NASA to the astronaut program. Aldrin flew with Jim Lovell on the four-day Gemini 12 flight, where he did three space-walks totaling five and a half hours. While in space, Aldrin performed several tasks, demonstrating the ability to function effectively in the weightless, vacuum of space. After retirement from NASA, Buzz has been active in promoting the continuation of exploration of space. His ShareSpace Foundation is actively working to promote the expansion of crewed space exploration. ShareSpace holds an annual event at the Kennedy Space Center promoting inspiration to the next generation and continued exploration of space. Buzz has worked with several technology companies as an advisor, including Teladoc the world’s preeminent telemedicine company. He has also written several books and is a recipient of the Presidential Medal of Freedom and the Goddard Memorial Trophy along with several others. 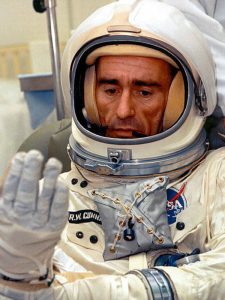 Walt was selected in 1963 as a member of NASA’s third astronaut class. Prior to his assignment on Apollo 7, he was on the prime crew for Apollo 2 and the backup Lunar Module Pilot for Apollo 1. On October 11, 1968, Cunningham piloted Apollo 7, the first manned flight test of the spacecraft which would carry the first men to the moon nine months later. During Apollo 7, Schirra, Eisele and Cunningham tested maneuvers including transposition, docking and lunar orbit rendezvous with the S-IVB stage of their Saturn IB launch vehicle. The crew completed eight successful test and maneuvering ignitions of the service module propulsion engine; measured the accuracy of performance of all spacecraft systems; and provided the first live television transmission of onboard crew activities. The 263-hour, 4.5 million mile flight was successfully concluded on October 22, 1968, with splashdown in the Atlantic. Apollo 7 established a world record for greatest mass lifted into orbit and remains the longest, most successful first test flight of any new flying machine. Cunningham's last assignment at NASA’s Johnson Space Center was Chief of the Skylab branch of the Flight Crew Directorate. In this capacity, he was responsible for the operational inputs for five major pieces of manned space hardware, two different launch vehicles and 56 major onboard experiments that comprised the Skylab program. In the years since NASA, Walt has served as a radio talk show host, Lift-off to Logic; as a consultant to start-up technology companies and a commercial space company; as a chairman of the Texas Aerospace Commission; as well as a keynote speaker and writer. 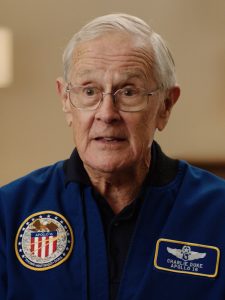 Charlie was in the fifth class of astronauts, which was named by NASA in April 1966. He was a member of the support crew for Apollo 10 and served as CapCom for Apollo 11. It was Duke who was calling out the remaining fuel to Neil and Buzz as they were landing on the Moon. Duke was the backup Lunar Module pilot for Apollo 13, and because he got the measles, Mattingly, who had not had the measles, was replaced on Apollo 13 by Swigert. Charlie served as the Lunar Module pilot on Apollo 16 along with John Young. With Mattingly as their Command module pilot, Young and Duke landed on the Moon in the Descartes Highlands in April 1972. With their electric car, Young and Duke logged over 20 hours of extra-vehicular activity in a record-setting 71 hours on the Lunar Surface. Charlie brought along a photo of his wife and kids, which he left on the Lunar surface. Charlie is an active lecturer and supporter of STEM and the space program. He has been an invaluable member of the Back To Space team, attending events and providing significant inspiration to the next generation.