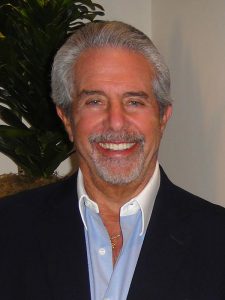 Aged eighteen, he began his career loading films onto trucks for United Artists while attending New York University at night. In 1960, when he was 21, UA sent him to Panama to open the territory for American films in Central America. He next moved to Colombia, thereafter to Peru, as Manager of Peru and Bolivia when he was 24, where he lived for two years.

He was then hired by MCA/Universal, to open their Latin American television division, becoming a Vice President at age thirty. He lived in Mexico City and Brazil. He then moved back to New York, where he was given international responsibilities and traveled the world. He introduced American-produced content to countries such as China, Russia, India, etc. He spent fourteen years with MCA.

In 1978 he founded Telepictures Corporation, and as Chairman and CEO took it public after just fourteen months, raising their shares from $3 to $32 within two years. Starting with the “People’s Court” TV series, they became the biggest U.S. syndicator, and one of the largest international television distribution companies.

Seven years later, when Telepictures merged with Lorimar, forming Lorimar Telepictures Corp., Solomon became President and Member of the Board of Directors. They produced such series as Dallas, Falcon Crest and Knots Landing.

When Lorimar Telepictures was acquired by Warner Bros., he became President of Warner Bros. International Television, heading up the company’s sales and marketing to television, cable and satellite companies internationally, to become the largest distributor of TV programming worldwide.

He then founded Truli Media Group in 2010, a digital platform and aggregator of content, focusing on family and faith, and sold it in 2018 to Chicken Soup for the Soul Entertainment.

At the same time, he created DCI (Digital Content International) to acquire and re-license content to all media outlets worldwide.

He is a Founder and Chairman of INVOLVY, a European-based advisory firm, contributing its professional skills to create international corporate growth and sustainability through innovation and technology. They are currently serving many clients.

Solomon is a Member of the Executive Committee of Working Nation, a U.S. nonprofit media content company, working to close the threat of the growing job skills gap. He also serves on the Boards of the global social impact project GIVE NATION, and THE GENIUS INSTITUTE, a technology platform dedicated to personal and corporate development.

He has joined the Board of Advisors of a new venture, Back To Space. The goal of the company is to inspire and enhance an interest in science, engineering and space, by constructing a high-tech lunar landscape experience facility in Texas. This facility will have the ability to simulate riding in a rocket, landing on the moon and experiencing a walk on the moon’s surface.

Solomon received an Honorary Doctor of Law degree from Emerson College in 1991, and is a member of their Board of Advisors. He has also served on the Board of Overseers at NYU’s Stern School of Business for thirty-three years. He is a member of the international honor society, Beta Gama Sigma.

He co-founded and is Chairman of the Careyes Clinic in Jalisco, Mexico, serving four thousand people annually. In addition, he has for thirty years served on the board of The Jeffrey Modell Foundation. 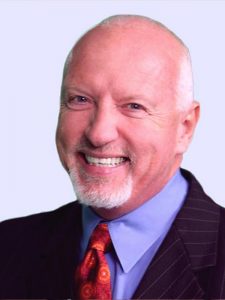 Mark Victor Hansen is a celebrity speaker, author, and co-creator of Chicken Soup for the Soul series, with a billion dollars in sales. A prolific writer, international speaker, and business strategist, Mr. Hansen holds two Guinness Book records for selling over five hundred million books.  Mark has spoken in seventy- eight countries around the world to over 5 million people, live. Having appeared on over 5000 major TV and radio shows like Fox, CNN, and Oprah, Mark Victor serves on multiple boards of innovative companies.  Mark is a transformational trainer that creates breakthroughs in mere moments. Known as “America’s Ambassador of Possibility”, Mark travels the world empowering top entrepreneurs, enterprises and professionals to create enlightened alliances that make money while making a difference.

He is also a principal, founding owner of Natural Power Concepts headquartered in Oahu, Hawaii, Chairman and Co-founder of Hansen Business Partners International (HBPI China). Mr. Hansen has a vast network of business colleagues, scholarship assets and media resources that help Back To Space management and Group 1 Ambassadors accomplish a wide array of objectives. He is a valuable partner in providing project and business development oversight, marketing expertise and national and international strategic connections. 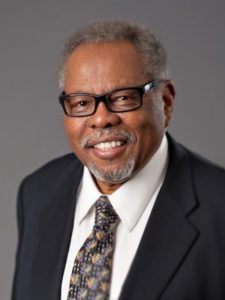 Carl Dickerson is the quintessential example of the American rags to riches story.  Starting from a shanty in rural Pennsylvania, Mr. Dickerson paved his way to become one of the most respected men in American business. He has worked in healthcare, employee benefits, professional sports, education, entertainment and entrepreneurial investing.

Carl served four years as an educator in both high school and college. In 1965, he formed Dickerson Employee Benefits, now one of the most successful privately held employee benefits entities in the US.  He has served as a distinguished member on dozens of Boards, including: Town Hall, Anthem Blue Cross, Black Business Association, Lincoln University and Teladoc.

A complete list of Mr. Dickerson’s awards and commendations would take several pages of single-spaced twelve-point font.  Amongst them are: 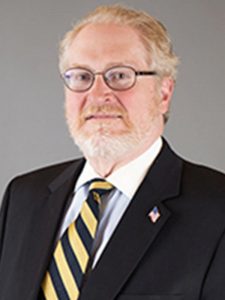 David G. Luther, Jr. is Of Counsel at the global law firm of K & L Gates LLP (formerly Hughes & Luce LLP in Texas), where he has practiced in the corporate and securities areas since 1976.  He has extensive experience in mergers and acquisitions and corporate governance, and he also works with emerging growth and venture capital companies.  Mr. Luther graduated summa cum laude from Duke University and received his law degree cum laude from the Stanford Law School, where he was the Book Review Editor of the Stanford Law Review and an Editor of the Stanford Journal of International Studies.  He has been recognized as a Texas Super Lawyer by Law and Politics Magazine and Texas Monthly each year from 2003 through 2015 and named one of the Best Lawyers in America from 2009 through 2018.  He is an alumnus of the Dallas Business Council of the Arts and is active in a variety of Dallas civic groups, currently including board positions for Theatre Three, the Dallas All Sports Association, and the Dallas County Coalition of Community Justice Agencies.  He also currently serves on the Legal Committee for the Perot Museum of Nature and Science and on the Campaign Advisory Board for the American Journey Experience, an American history museum in the planning stages to be located in North Texas.  In addition, he was on the search committee for the new Executive Director of Dallas’ Friends of Fair Park.  Mr. Luther is an Eagle Scout and is proud of his two children and six step-children. 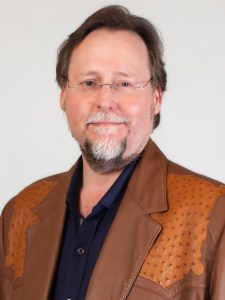 Patrick provides Fractional CXO services, consulting and guidance for several companies, including as COO & CTO & New Media Vanguard at WhichBox Media, Board of Advisors & Fractional CTO at KraftWurx, Digital Factory, and as Fractional CEO at Lettuce Evolve.  From 2014 to 2016 he served as SVP of Strategic Technology & Content at Ole Media & Ole Cloud Asia building OTT platforms in the Philippines and Mexico.  Prior to that he provided Private Equity technical diligence at Pepperwood Partners as Chief Technology Advisor from 2010 to 2013.  Patrick also served as COO and Chief Strategy Officer at Cinsay, as well as CTO for Deer Channel, and Buytone.com.  He served as the (volunteer) CEO and co-founder of the National RFID center from 2004-2005.  Prior to that he was CEO and founder at Timberwolf Press, a spinoff of work done at Yahoo! Broadcast (formerly AudioNet and later Broadcast.com), as Mark Cuban’s first employee and Director of Technology, VP of International Development and on the Board of Directors of Broadcast.com Japan.  Prior to that, Patrick served in various corporate IT roles at JCPenney, LTV Missiles & Electronics, Babcock & Wilcox and Teledyne Geotech.  Patrick earned a B.S. in Applied Mathematics from the University of Texas at Dallas where he currently serves on the Board of Advisors of the School of Natural Sciences and Mathematics.  Patrick cowrote the first major book on Internet broadcasting, Website Sound, the science fiction novel Accipiter War, and edited many other books as well as voice-acted in many full cast audio dramas while he was the Publisher at Timberwolf Press.